2017 was a good year for music. We got to see that the need for an artist’s visual identity to “pop out” is more important than ever whether it is for you to click on Spotify, or, if you’re a music lover, to pick the album out at your local record shop. Here’s a non-exhaustive list of our favourite album covers of 2017. 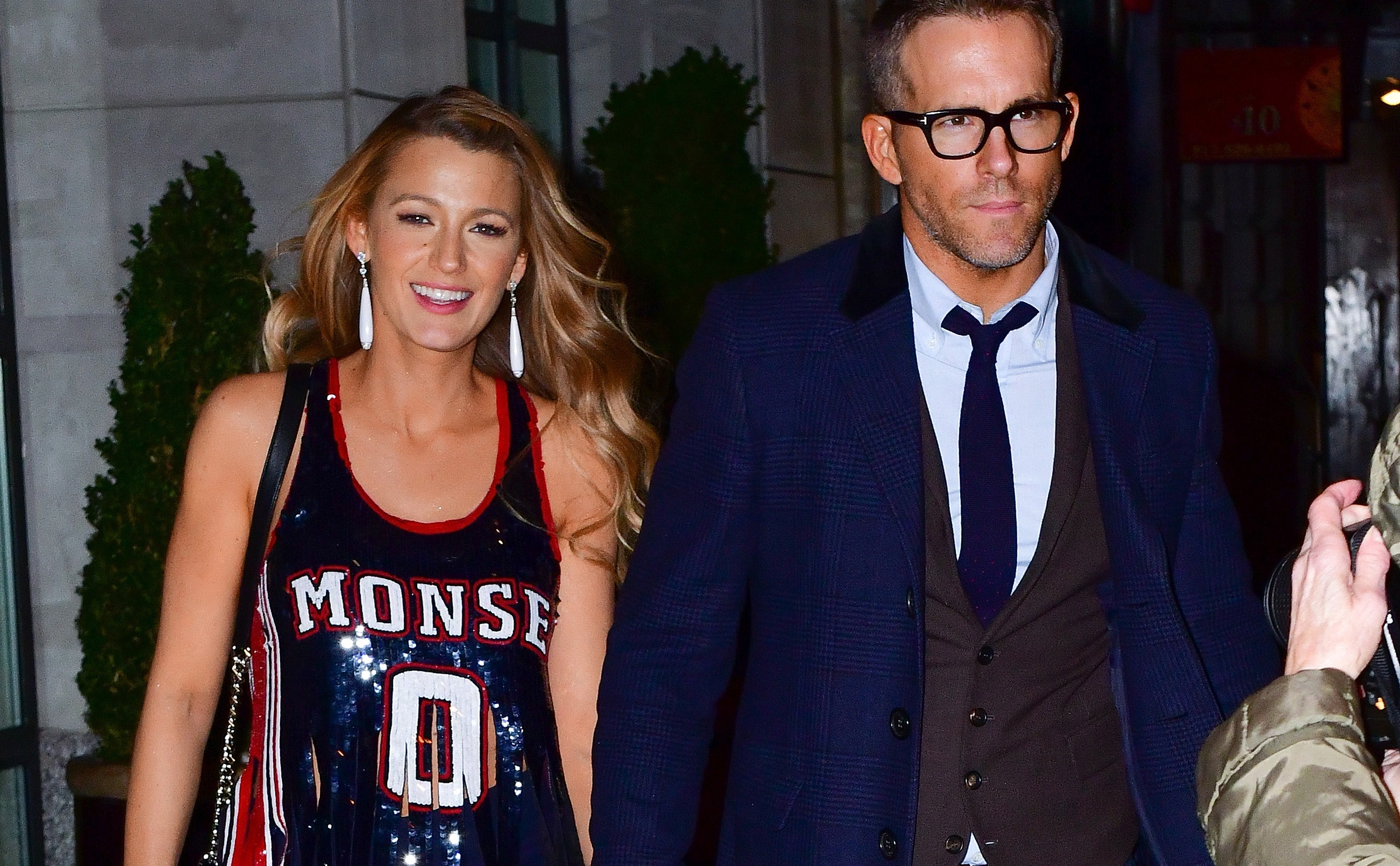 Justin Bieber was spotted shirtless at a soccer match with friends in Los Angeles on Saturday, while Selena Gomez was seen out on a night on the town.

Wearing a Tom Petty and the Heartbreakers crop top and red wrap skirt, the 25-year-old «Come and Get It» singer was photographed that night outside the West Hollywood restaurant and bar the Nice Guy, a celebrity hot spot.

Earlier this month, multiple sources told E! News that Justin and Selena have been spending time away from each other. The two had rekindled their past romance last fall. They were last seen in the same location, leaving church, on March 7, several days after Justin’s 24th birthday.

«Justin has been upset about the recent break from Selena and is trying to keep busy until they work things out,» a source told E! News last week. «It wasn’t his choice for them to split, and he is really taking time to focus on himself right now. He has been working out every day, focusing on church and being out and about with his friends.»

Here’s what Justin and Selena have been spotted doing amid their «break»:

March 16: Justin, Schwartzenegger, Abby and her sister Baskin Champion go clubbing together. Earlier in the day, Selena is photographed riding a bike in Los Angeles with a friend.

March 17: Selena is all smiles as she’s photographed walking in Beverly Hills on St Patrick’s Day.

March 19: Selena begins a trip to Australia. She is spotted hanging out on a yacht in Sydney with friends.

March 20: Justin makes a surprise appearance onstage at Craig David‘s concert at the Roxy in Los Angeles. Justin attends the show with several people, including Baskin. They are photographed leaving the venue in the same car.

«Justin has been hanging out with Baskin,» a second source tells E! News, adding that the two went back to his house.

Thank you L.A for the amazing energy tonight for my @TS5 show @theroxy 🙌🏽🙌🏽🙌🏽 Special thanks to @justinbieber for passing through and showing so much love & for the kind words on stage✨👏🏽 #TheTimeIsNOW 🎥 Thanks @dperezaudio Demi Lovato has always been a hardcore Kelly Clarkson fan.

The 25-year-old singer visited SiriusXM’s Morning Mash Up on Thursday, where she happily revealed that one of her former AOL screen names was actually inspired by Clarkson.

«I had Demilicious and Little Kelly because I was obsessed with Kelly Clarkson,» she shared.

This isn’t the first time Lovato and Clarkson have expressed their mutual love for one another. In honor of Lovato’s birthday in 2015, Clarkson sang a cover of her hit «Cool For the Summer» during her concert in L.A.

«It’s one of my girls’ birthdays tomorrow…and when I say my ‘girl,’ I mean Demi Lovato,» Clarkson said as the crowd cheered. «She’s always been so supportive and so cool.»

To say Lovato was happy with the shoutout is an understatement.

WOW WOW WOW.. @kelly_clarkson thank you SO MUCH for covering #coolforthesummer at your show tonight!!! BEST BDAY GIFT EVER!! *literal tears*

Shawn Mendes continues to impress. Today (March 23) he pulled off the seemingly impossible by unveiling two massive anthems in less than one week. Yesterday the 19-year-old rolled out his sweeping pop/rock extravaganza “In My Blood.” Inspired by Kings of Leon, the earnest song is the lead single to his forthcoming third LP. He followed that up with a second taste of the album on his atmospheric “Lost In Japan,” and it is another solid gold bop. On it, the crooner takes a romance international as he offers to travel the globe to be closer to his flame.

Opening with melancholic keys, it transforms into an aural, sexy production as the hitmaker comes in to drop his seductive vocals. “All it takes it one flight. We’d be in the same time zone,” he proposes as things pick up. He gets even more romantic while dropping some serious lines on the chorus. “Do you got plans tonight? I’m a couple hundred miles from Japan, and I was thinking I could fly to your hotel tonight. Cause I can’t get you off my mind.”

Riding a beat that feels inspired by Justin Timberlake with its funky strings and driving bass, the “There’s Nothin Holdin’ Me Back”crooner seems perfectly at ease on the innovative release. Sonically, it feels like one of his biggest risks yet, but it manages to present a new, more mature version of the superstar.

Things are off to a very good start for Shawn. One day into his new era, and he is already dominating iTunes charts and will likely make a strong debut on the Billboard Hot 100. In less than 24 hours “In My Blood” racked up more than 3 million streams on Spotify, and it is sitting comfortably at the top spot of the US iTunes. Based on how things are going, it looks like his biggest competition for the top spot will be himself. Give the track a spin below! 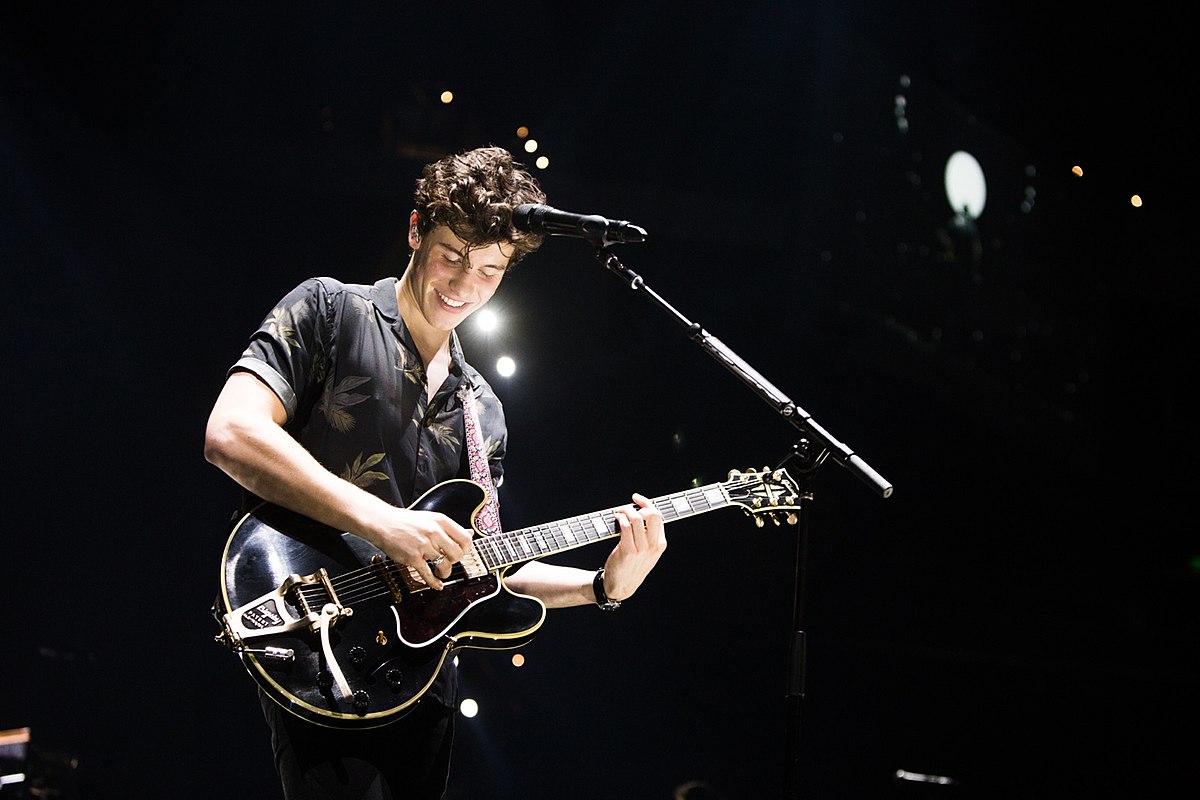 Shawn Mendes made true on his promise to roll out a taste of new music this week. After announcing the upcoming release via a collaboration with Spotify, the 19-year-old unveiled his earnest new single, “In My Blood” today (March 22). Unsurprisingly, it sounds like another sure-fire smash. After one listen it is easy to see why the hitmaker described his latest as “the closest song to my heart” in a post on social media. The sweeping anthem offers an intimate glimpse into his deepest thoughts.

“Help me. It’s like the walls are caving in. Sometimes I feel like giving up, but I just can’t. It isn’t in my blood,” he croons over acoustic strings on the opening lines. His voice resonates with strength as the production picks up and he moves into the chorus. Here, Shawn incorporates a pop/rock instrumental that is sure to find plenty of love on radio. With lyrics about battling insecurities and loneliness, the track is incredibly relatable. However, instead of buckling under the pressure, the superstar presents his resilience. In all, it is a moving and inspiring track and a wonderful taste of things to come.

“In My Blood” appears to be the lead single for Shawn’s forthcoming third LP. We don’t know much about the project yet, but he has teased its release several times lately. Based on our first impressions, it seems likely he will have another chart-topper on his hands. Keep an eye peeled for a mysterious second song dropping tomorrow (March 23). Until then, give Shawn’s latest a spin below! Sia and David Guetta established an excellent working chemistry after unveiling their debut collaboration, “Titanium,” in 2011. The explosive anthem was the first in a series they have rolled out over the years. Today (March 22), they are offering up their latest, and it is another smash. Called “Flames,” it is an inspiring anthem complete with a rousing production and another of the “Chandelier” siren’s jaw-dropping vocal lines.

“One foot in front of the other babe. One breath leads to another yeah; just keep moving,” Sia proclaims over lush synths on the opening lines. She continues inspiring as the track moves into its chorus. “Oh, my love, don’t stop burning. Gonna send them up in flames,” she sings. The production is vaguely tropical and warm enough to beat any final cold snaps of winter. The accompanying lyric video mirrors the warm vibes with a summery illustration and glowing letters.

In a press release, Guetta opened up about the pair’s history and his excitement at the prospect of getting back in the studio with her. “‘Titanium’ is still one of the tracks I am proudest of and Sia is one of my favorite artists to work with. She’s a great songwriter and has an amazing voice. I’m just super excited that we get to release another track together.”

“Flames” is another winning release for the pair’s discography. It joins their most recent collaboration, a rip-roaring remix of the Aussie’s “Helium.” Originally included on the Fifty Shades Darker soundtrack, the brooding track was reimagined in honor of Sia’s Mac Cosmetics X Viva Glam collaboration. With any luck, their latest will replicate the meteoric success of their original release. Give the track a spin and check out its vibrant lyric video below!