Dua Lipa signed on as the face of Italian fashion brand Patrizia Pepe in August. She models their AW line in a photo shoot and delivers a cover of Cher or Nancy Sinatra’s (choose your preferred version) in a new commercial. This song has been done to death over the years, but the hitmaker breathes new life into it courtesy of dark and brooding electronic-production and a typically smoldering vocal. I really want to hear the full version. At this point, the 22-year-old can do no wrong.

After releasing five singles from her debut LP, Dua caught lightning in a bottle with the sixth. “New Rules” started to gain traction when video went viral and has subsequently become a streaming sensation. It recently topped the charts in the UK and is well on its way to repeating that feat in the US with rising pop radio airplay and a steady ascent on iTunes. She is supporting the song with a string of US headline tour dates, which kick off on November 20 in Boston, MA. Listen to her new cover up top.

Thank you ATL. Thank you Music Midtown. The energy was insane. I wanna do it all over again xxxx 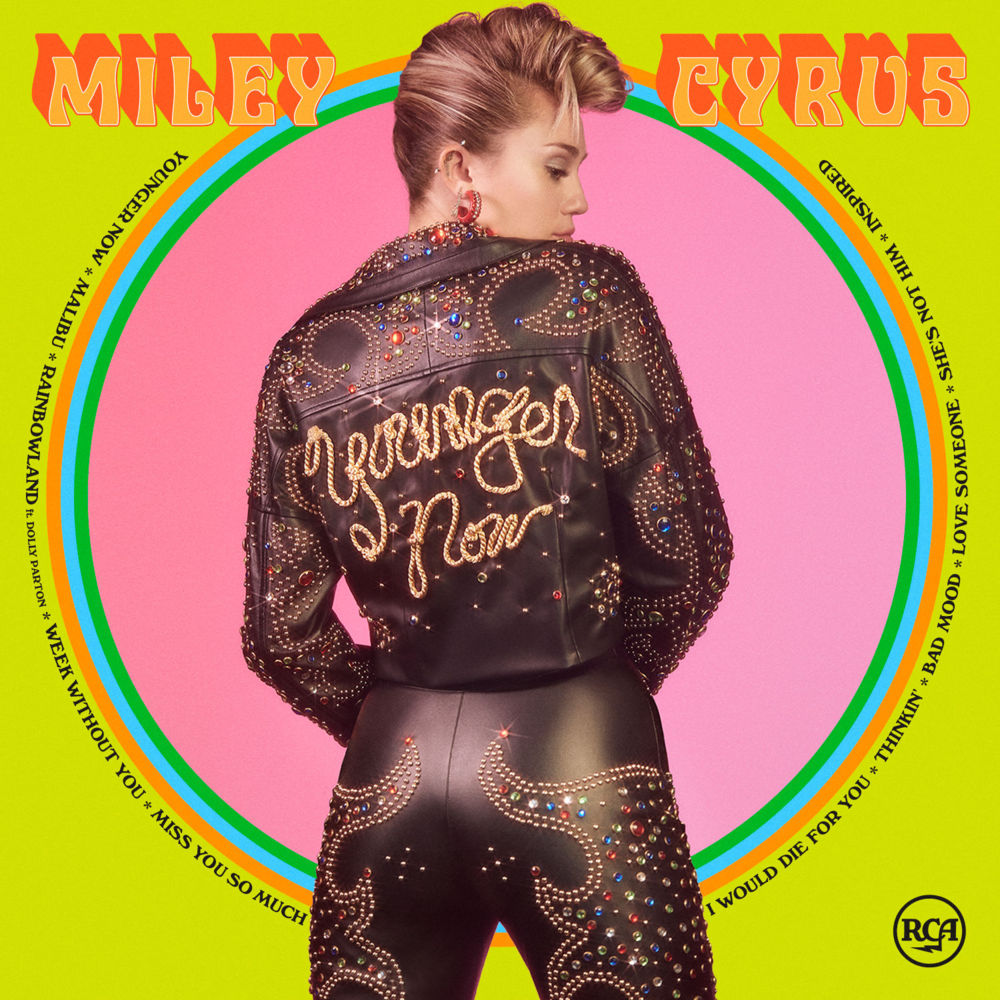 Miley Cyrus is hoping to revive the Younger Now erawith a perky break-up anthem called “Week Without You.” A country-tinged ditty about her brief split with Liam Hemsworth, the song is pleasant enough but ultimately forgettable. “If I spent a week without you, bet you’d wonder what I do,” she begins the song over a throbbing guitar line. “I think that I’d start going out, get caught kissing other dudes.” From there, she outlines how much better single life would be.

However, there’s a twist. “You know I’d miss you, baby,” Miley coos on the outro. All’s well that ends well, I guess. While I admire the 25-year-old’s decision to write the album herself, it has resulted in a very obvious lack of singles. It might make more sense as a whole, but this is starting to sound like a passion project she made with only her future husband in mind. Again, that’s fair enough. It just makes for a fairly inaccessible era. Hopefully there’s another “Younger Now” or “Malibu” on the album somewhere.

Listen to the (former) pop star’s latest single below. After dropping a pair of soulful ballads, Demi Lovato ups the tempo on new Tell Me You Love Me buzz track “Sexy Dirty Love.” The pop star was obviously listening to a lot of Justin Timberlake while recording the album because this wouldn’t sound out of place on FutureSex/LoveSounds with its blend of old-school R&B and electro. “You’re my new obsession, let go of any hesitation,” she coos over Oak’slayered production. “Baby be my new addiction, intoxicate me gently with your loving.” That takes us to the funk-heavy chorus.

“You got me so high, pull me closer into you and watch our bodies intertwine,” Demi moans. “I feel so alive, you know what I’m thinking of — got me dreamin’ ’bout that sexy dirty love.” This feels like a bolder, more adventurous take on “Sorry Not Sorry.”My only complaint is the heavy autotune on her vocal. Why mess around with one of the best voices in pop? At this rate, the 25-year-old has not only won the battle of the ex-acts, but she is setting herself up for one hell of an era. Listen to “Sexy Dirty Love” below.